AdoptMe Pro
Home Top Pets Legendary Pets What is a golden griffin worth in Adopt Me?
Facebook
Twitter
WhatsApp
The whole point of Adopt Me is to know how much each of your pets are worth. That way you can always make clever trades and decisions. You always want to be the one that is under, and not over when you’re trading. And by doing that, you can build up more and more valuable pets. So, how much is a golden griffin worth in adopt me? Well, we think the golden griffin is…err, well, golden. It is a legendary pet, and you can get it from star rewards, which you get from logging in on consecutive days. You have to log in for the best part of a year to get it though, so it’s only available for real fans, and there aren’t too many around. Still, they have NOT made our list of top 10 pets.

What is a golden griffin worth in Adopt Me on the dog/cat scale?

So what is the golden griffin worth in Adopt Me on the dog/cat scale? We think a golden griffin is worth 60 dog/cats, which is the same as an albino monkey.

At the end of the day, value is also subjective. That means it is in the eye of the beholder. You might come across someone in the game that is desperate for one of your pets so they are willing to overpay. Maybe it’s their dream pet. Or they are looking to make a neon, or mega neon, and are collecting that specific pet. Or you might not agree with our assessment. If you have a different opinion, we want to know – leave your comment below! Let us know your answer to what is a golden griffin worth in Adopt me! 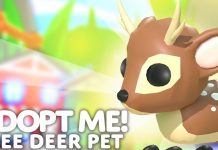 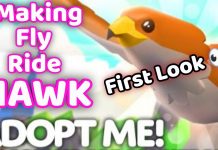 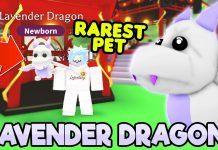 What is a Phoenix worth in Adopt Me?

How much is a bat dragon worth on Adopt Me?

What is a griffin worth in Adopt Me?