Adopt Me is a lot about trading. But whenever you are trading, it is important to know how to value the things you are trading. Obviously, there is no single answer, because the value of something is slightly subjective. Different people will feel differently about each pet. Someone might like the look of a Frost Fury more than a Frost Dragon. Someone may have always dreamed of having a unicorn, but not an evil unicorn.

Those factors make a difference. But at the same time, there are some basic laws of economics – supply and demand – that influence what pets (and toys and vehicles) are worth. If you want to know more about supply and demand – then read this article. But for now, we would like to introduce you to a revolutionary concept in Adopt Me.

But first, let’s just understand that Adopt Me is a little bit like a barter economy. What is a barter economy? Well, barter economies existed before we had the concept of money. Imagine in very early society. If I wanted to buy a donkey, how would I do that if I had no money. Well, I would have to find something to trade of equal value. So maybe I would offer a few chickens. But what if I wanted a cow? How many chickens would that be worth?

When money was invented it was easier to compare the price of things. A cow might cost $1000, while a donkey costs $100 and a chicken costs $10. But in a barter economy it is much more complicated to compare prices. That is why most people find it hard to work out how to value pets on Adopt Me. There is no single unit of comparison. You could say a Frost Dragon is worth three Parrots. But how many llamas would it take to buy a frost dragon? And what happens when there are lots of different pets involved in the trade?

Hmmmm??? Well, to solve this difficulty, we have decided to come up with a common unit of currency. This is called the dog/cat scale. Since dogs (and cats) are the most common pets in the game, we have decided to rate everything based on how many dogs (or cats) we think they are worth. This means that a buffalo might only be worth one dog/cat. While a shadow dragon could be worth 1000 dog/cats. So when you are going to do a trade, think about how many dogs (or cats) are involved, and then you might be able to work out if you are over or under-paying. And that way, you can make sure you are getting a good deal, and trading your way up to the pets of your dream!

So that’s the dog/cat scale. It is going to take us a while to do this, but we want to value everything on Adopt Me – not just pets, but also vehicles and toys using the dog/cat scale. So, start by having a look at our top 10 list of pets and see if you agree. And if you don’t, then leave a comment! 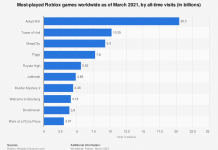 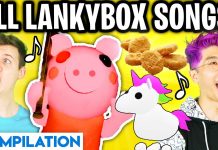 Who are the top Adopt Me Youtubers? 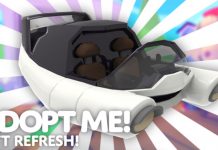 How do I join a rich server on Adopt Me?

Who are the top Adopt Me Youtubers?

How do I join a rich server on Adopt Me?