AdoptMe Pro
Home Top Pets How much is a Frost Fury worth on Adopt Me?
Facebook
Twitter
WhatsApp

The whole point of Adopt Me is to know how much each of your pets are worth. That way you can always make clever trades and decisions. You always want to be the one that is under, and not over when you’re trading. And by doing that, you can build up more and more valuable pets. So, how much is a frost fury worth on adopt me?

Well, we think the frost fury is cool. We love the animation but they are not as rare as you might think. They are a legendary pet, which means they were pretty difficult to get and you had to pay 800 robux to get one. But they were released in the 2020 Christmas update, which was when lots of people were playing (and on lockdown) so we think a lot of them came into the game, so they are not that rare.

They have not made our list of top 10 pets.

But they are just outside the top 10. To find out exactly how much a frost fury is worth and what would be a fair trade for one, check out our list of every pet on adopt me, ranked by which one is the rarest or most valuable.

What is a frost fury worth in Adopt Me on the dog/cat scale?

So what is the frost fury worth in Adopt Me on the dog/cat scale? We think a frost fury is worth 50 dog/cats, which is the same as an albino monkey.

At the end of the day, value is also subjective. That means it is in the eye of the beholder. You might come across someone in the game that is desperate for one of your pets so they are willing to overpay. Maybe it’s their dream pet. Or they are looking to make a neon, or mega neon, and are collecting that specific pet. Or you might not agree with our assessment. If you have a different opinion, we want to know – leave your comment below! Let us know your answer to what is a frost fury worth in Adopt me! 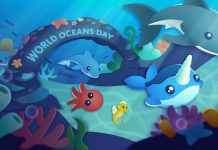 What is a Dolphin worth in Adopt me? 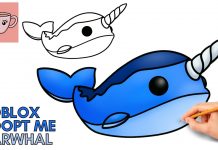 What is a Narwhal worth in Adopt Me? 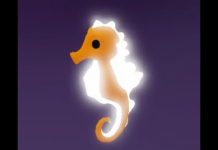 What is a seahorse worth in Adopt Me?

Now you've probably landed on this page because you have been looking for a value list of all the pets in Adopt...

What is a Goldhorn worth in Adopt Me?

If you are asking yourself what a goldhorn is worth in Adopt me, there are lots of things to consider. For a...

What is a Phoenix worth in Adopt Me?

If you are asking yourself what a phoenix is worth in Adopt me, there are lots of things to consider. For a...

What is a Tyrannosaurus Rex in Adopt Me?

What is a monkey worth in Adopt me?

What is a Reindeer Worth in Adopt Me?