AdoptMe Pro
Home Top Pets Rare pets What is a Wooly Mammoth worth in Adopt Me?
Facebook
Twitter
WhatsApp

If you are asking yourself what a wooly mammoth is worth in Adopt me, there are lots of things to consider. For a full rundown of what those things are – read our articles on Adopt me economics and how to value a pet in Adopt me. But for now, here is what we think about the wooly mammoth.

Well, we think the wooly mammoth is a massive pet. Mammoth even! We’re not sure if we would like a real-life wooly mammoth as a pet, but the Adopt me version is very cool. Unfortunately, even though it is classed as rare, it is not actually that valuable because it was available to hatch through the fossil egg, which was around until quite recently. On a positive note, the fact that it is a limited pet means that you can only get one through trading, so their value will tend to go up with time.

Even so, the wooly mammoth has NOT made our list of top 10 pets.

What is a wooly mammoth worth in Adopt Me on the dog/cat scale?

So what is the wooly mammoth worth in Adopt Me on the dog/cat scale? We think a wooly mammoth is worth just 4 dog/cats. That’s only as much as a pterodactyl, which is an uncommon pet.

Let us know what you think of the question: how much is a wooly mammoth worth in adopt me? 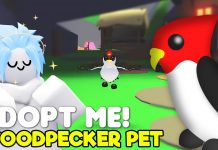 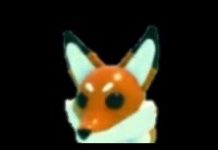 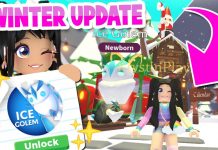 What is a seahorse worth in Adopt Me?

What is an emu worth in Adopt me?

What is a Reindeer Worth in Adopt Me?