AdoptMe Pro
Home Top Pets Uncommon Pets What is a Black Mummy Cat worth in Adopt Me?
Facebook
Twitter
WhatsApp

If you are asking yourself what a black mummy cat is worth in Adopt me, there are lots of things to consider. For a full rundown of what those things are – read our articles on Adopt me economics and how to value a pet in Adopt me. But for now, here is what we think about the black mummy cat.

Well, we think it is a great idea, I mean, who wouldn’t want a mummified cat!? (although please don’t try this with your cat at home!!) It is available from the mummy cat box, which has just been released on the 28th of October 2021 in the Halloween update. It is classed as uncommon, so not as valuable as the golden or white varieties. Because it is brand new, people might be willing to overpay for it at first. But after a while, we think its value will settle down to other uncommon pets released this year, like the scorpion, dolphin, crab or kirin.

Unsurprisingly, the black mummy cat has NOT made our list of top 10 pets. But find out where it ranks on our all time Adopt Me Pets Value List!

What is a black mummy cat worth in Adopt Me on the dog/cat scale?

So what is the black mummy cat worth in Adopt Me on the dog/cat scale? We think a black mummy cat is worth about 3 dog/cats. That’s about as much as a scorpion, dolphin, crab or kirin.

Let us know what you think of the question: how much is a black mummy cat worth in adopt me? 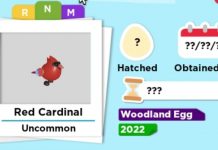 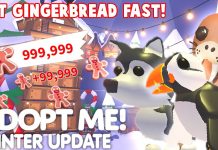 What is a snow leopard worth in Adopt Me? 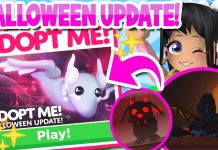 What is a Scorpion worth in Adopt Me?

What is a drake worth in Adopt Me?

What is a bat worth in Adopt Me?

What is a crab worth in Adopt me?